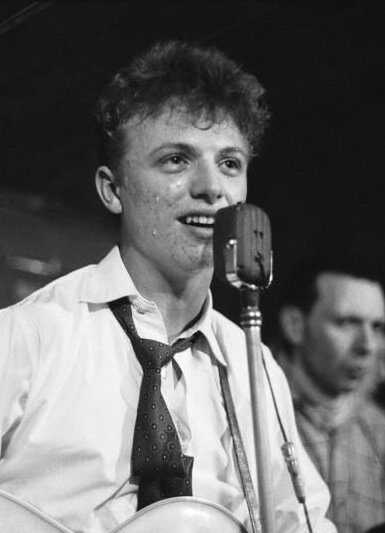 Tommy Steele was undoubtedly Britain's first great Rock and Roll idol. Like many who followed him Tommy started his musical career by playing in a skiffle group.

Tommy Steele was also the first of the London based artists who would precurse their fame by singing at the 2 'I's Coffee Bar, a venue which later hosted the virtually unknown Adam Faith and Cliff Richard. Although Tommy's brand of Rock and Roll was nearer to 'easy listening' than that of some of his American contemporaries he more than made up for it with his personality.

His manager, Larry Parnes, once said "Tommy Steele was the greatest entertainer that I ever had on my books", and Tommy Steele's rise as a teenage star was probably attributable to charisma rather than simple sex appeal. 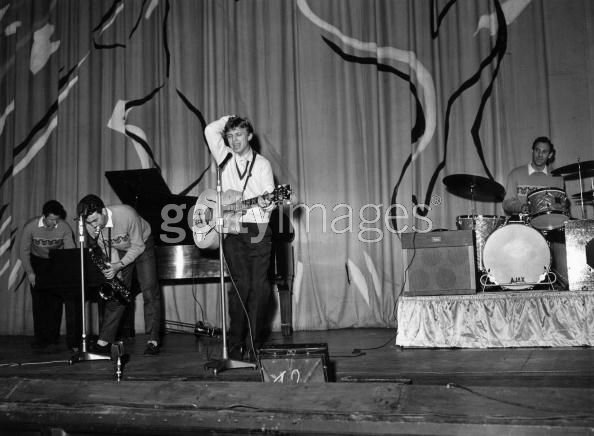 Before landing a singing career, Tommy Steele tried his hand at a number of odd jobs and had a brief spell as a merchant seaman. Like many singers of his era he never did national service, having failed the medical examination because, at 18 years old, he was diagnosed as suffering with cardiomyopathy (According to his autobiography "Bermondsey Boy" he failed the medical because he had flat feet).

While on leave or during dock strikes, he played guitar and banjo and sang in the 2i's Coffee Bar and The Cat's Whisker where hand-jiving was devised, both coffee houses in Soho, both as a solo performer and with Wally Whyton's Vipers Skiffle Group. 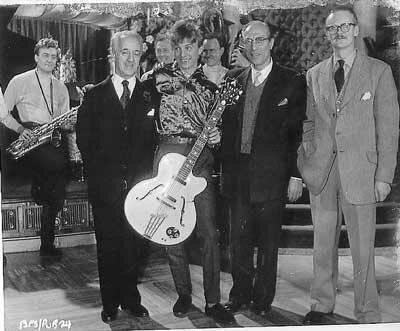 When a ship Tommy Steele was serving on docked in Norfolk, Virginia, he heard Buddy Holly and fell in love with rock 'n' roll, turning his back on the British skiffle craze. He was discovered by free lance photographer John Kennedy, who believed Tommy Steele could be Britain's answer to Elvis Presley.

Later co-manager Larry Parnes is incorrectly credited with creating the stage name 'Tommy Steele.' It was Steele who adapted the surname of his Scandinavian paternal grandfather, Thomas Stil-Hicks (pronounced Steel-Hicks), adding another E to the spelling. 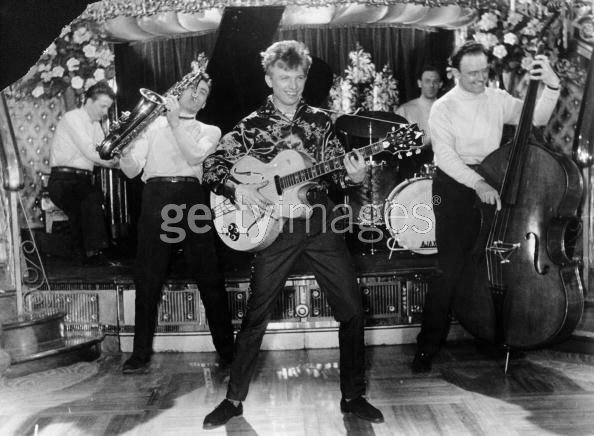 'Tommy Steele performs with his band, the Steelemen, 25th February 1957. They are Alan Stuart on tenor sax, Alan Weighell on bass and Leo Pollini on drums.

Tommy Steele shot quickly to fame in the UK as the frontman for a rock and roll band, The Steelmen, after their first single, "Rock With The Caveman," reached number 13 in the UK singles charts in 1956. Steele and other British singers would pick known hits from the United States, record their cover versions of these songs and release them in the UK before the American versions could enter the charts. 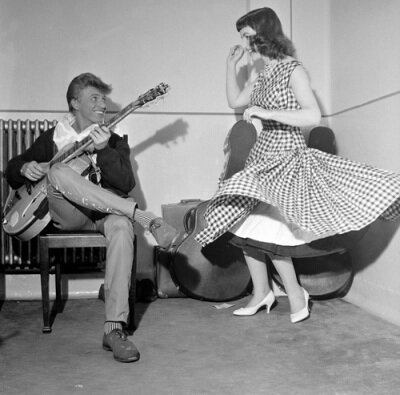 For many years it was thought that Elvis Presley had never set foot in England, and had only ever spent a few minutes on the tarmac at Prestwick Airport in Scotland where his military plane, en route to the United States after completing his military service in West Germany, stopped to re-fuel. However, on 21 April 2008, in a (BBC Radio 2) interview with theatre impresario Bill Kenwright, it emerged that Presley, then 23, had in fact visited England for a day, after striking a phone conversation with Tommy Steele in London in 1958.

According to Bill Kenwright: "Elvis flew in for a day and Tommy showed him round London. He showed him the Houses of Parliament and spent the day with him". Bill Kenwright admitted on 22 April, 2008 that he was not sure whether he should have told the story.

Tommy Steele said: "It was two young men sharing the same love of their music. I swore never to divulge publicly what took place and I regret that it has found some way of getting into the light. I only hope he can forgive me."

Officials at Prestwick Airport immediately issued a statement requesting proof, photographic, or otherwise, of the said meeting. Until such proof is provided, they shall continue to regard Prestwick Airport as the only place in Britain where Elvis Presley ever set foot, the marker, photographs and special lounge at the said airport being a vivid reminder to the credibility to that claim.

Lamar Fike, a former member of the Memphis Mafia, who lived with Presley at the time, has posted a claim on www.elvisinfonet.com that it was him, not Presley who visited London and Tommy Steele for a day in 1958. 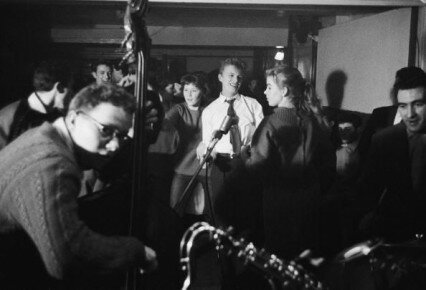 Listings include UK 45 singles releases only. 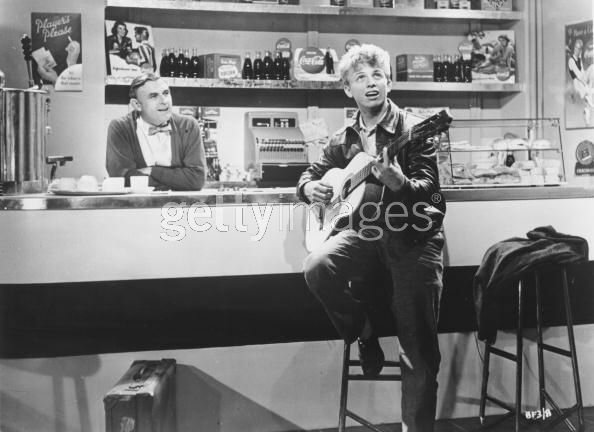